Most girls want the guy to make the first move. Even if they are interested in someone they will not show it. Instead, they will wait for the guy to come running to them with a rose and kneel down before them. There is nothing wrong with having such expectations. But, you must do something that would act as a trigger for the guy to come running to you.  You just cannot wait for things to happen on their own, right? Even if you want the guy to ask you out, you have to make him fall for you first. [ Read: How to Ask a Guy Out Like a Classy Girl ] 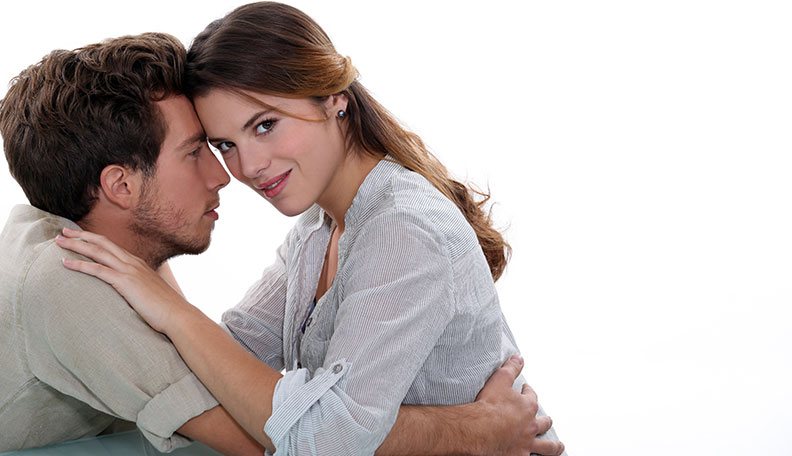 Here are 9 sneaky ways in which you can get a guy to ask you out:

If he does not talk to you, you have to initiate the conversation. Striking a conversation is very important as it is the first step towards both of you getting to know each other.  You can charm him by the way you talk but you must not say anything or drop any hint that would imply that you are interested in him. Just have a normal, random conversation and be gentle to him. [ Read: Can A Girl Ask A Guy Out Before He Asks Her Out?

Discussing your life can bore some people but if he is really interested in you, he would be willing to listen to what you have to say about your life. You are already interested in him. Thus, you would naturally want to know more about him. Do not say things to make an impression. Be honest and pour out your heart sincerely. What could come across to some people as mundane stuff, could be of great interest to him and vice versa.

When you meet him, try to get closer to him and make physical contact. Hold his hands, brush against his arm and hug him. It would give the people around you the impression that both of you are a couple. They will often inquire you about your relationship and while at first, it might make him uncomfortable; he could start contemplating getting into a relationship with you after some time. The idea is not to pressurise him but to put some thoughts in his mind about both of you going out together. [ Read: 14 Awkward Questions You Should Avoid Asking a Guy ]

You do not need to ask him out on a date but you could suggest hanging out together. Even you expect him to ask you out on a date, asking him to hang out should not be a problem for you, right? You could start hanging out with your common friends to make him comfortable. Then, you could ask him to go out just with you for a movie or a weekend trip. If he likes spending time with you, he will start initiating the outings himself. [ Read: How To Steal a Guy from His Girlfriend ]

A long drive with just the two of you in a super cool car would be a very good idea. You could be just friends with him and go out on a drive with him. A long drive gives you enough scope to interact with each other without any interference or disturbance. Plus, driving along some beautiful landscapes will put you in a good mood. You could spend some time at some place and talk as well. For all you know, he could propose to you while you are driving back.

You could pretend to be unwell and request him to come over to your place. Even if you do not want to ask him to come, you could at least inform him about you being sick. If he really cares for you, he will visit you immediately. However, as you are feigning sickness you have to be very careful while you are staging this act. If he realises that you are faking sickness, he would be very upset and would not want to meet you again. He would lose trust in you and that is something you do not want to happen.

While a lot of girls go about dropping hints at guys, they forget to do one crucial thing. They fail to convey the fact they are single. It is very important for you to let the guy know that you are available and are ready to mingle. You should not do anything that would give him the impression that you are taken. He will approach you only if he is sure that you are single. [ Read: Are You the Kind of Guy Who She can Take Home to Her Mom? ]

After you become friends with him and are comfortable with him, invite him to your place for a cup of coffee or dinner. Show him your house and let him know that you have become close enough for him to come to your place and meet you. Do not give him any ideas. Just let him know that you trust him as a friend. The fact that you trust him would help him gain the confidence to ask you out.

Let him know that you trust him. That will instil a sense of confidence in him. If he knows that you trust him, he would not be hesitant about approaching you or asking you out in the future. [ Read: 10 Secret Things Guys Wish Girls Knew About Guys ]

You have to understand that the guy you like might not be as forward as you expect him to be. Sometimes, even as you want him to ask you out, you have to spark that fire in him.  Do something to set the ball rolling and then let him take charge of things from that point. You should not shy away from making the first move if you feel it would help in some way.